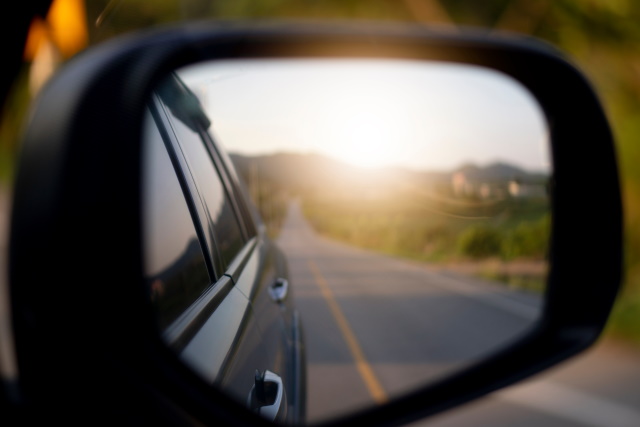 The daily chore easily makes one forget the milestones reached and the goals ahead.
As such, it is good, with the start of the New Year, to look back of what has been achieved in the past year and set the goals for the new year.
First of all, let me wish you a great new year 2022! I made a habit of wishing friends & relatives "to maximize the number of happy days in the new year". Good health, success, good relationships, interesting work, achievements, luck, new experiences all contribute to happiness. So, when you can maximize the number of happy days in 2022, it is very likely you'll be blessed with a mix of these things! At the same time, only in utopia, every day will be filled with happiness, so it also helps being prepared for some less successful days.

Looking back at our milestones & achievements in 2021 actually positively surprised me. Even when we often get the impression that on a daily basis, we sometimes spend a lot of time fighting all kinds of little or big technical issues and have the impression we only move forward in baby steps, when looking at it in the scope of a full year, it appears a lot has been done. 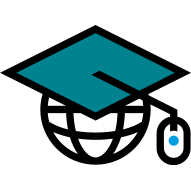 In the beginning of 2021, we launched our new platform TMS Web Academy, which is an online platform for bringing webinars to you where you can learn everything about our products. Since its launch, we already organized about 20 webinars that were free to attend. If you missed these, the replays are here. Of course, we continue along this path with new webinars for 2022 we'll shortly present. TMS Web Academy proved to be a welcomed replacement for live events we could not hold due to covid-19 as well as a way to reach more developers world-wide.

Miletus is our technology that enables you to create cross-platform desktop applications created with a single code-base and using web technology. Not only did we achieve to bring application generation for Windows, Linux and macOS from just your Delphi IDE running on Windows, we added to that also the Raspberry Pi OS target and we also added support in TMS WEB Core for Visual Studio Code. With Visual Studio Code, you can generate these types of applications directly from your favorite Windows, macOS or Linux machine.

A completely new product saw the light in 2022, the TMS FNC WX Pack. TMS FNC WX Pack offers functionality that is hard to find or not existing for Delphi developers based on existing and proven web technology libraries. This includes so far a WYSIWYG HTML editor, an OCR tool, QR & barcode generation & detection, JSON data formatter,... and more is coming for 2022.

With the release of Delphi 11 running in high DPI on Windows, it was critical to also bring full high DPI support in TMS FNC UI Pack. TMS FNC UI Pack is our universal (cross-platform/cross-framework) UI control bundle for VCL/FMX/LCL and TMS WEB Core. Our FNC UI controls were already looking crisp in FireMonkey apps, but now they also do in VCL high DPI apps, both at design-time as at run-time.

With TMS WEB Core giving you an unprecedented way to bring RAD component based Object Pascal web application development, we brought numerous enhancements and new features over 4 major releases. Among the bigger features added were Miletus technology, better integration for use of bootstrap and standard HTML UI templates, new language features such as use of async/promises/generics/attributes..., local file access, USB device access, new UI controls, ...  Over the years, TMS WEB Core grew into a very powerful framework for taking advantage of web technology in various ways.

Support for RAD Studio 11 added to all products

Embarcadero released a major update of their flagship IDE and of course, our team swiftly produced product updates to work out of the box with the new RAD Studio 11. Still, given we have over 60 different products, that is still an enormous task, but we managed to bring this in a timely way.

Release of the third "Hands-on with Delphi" book 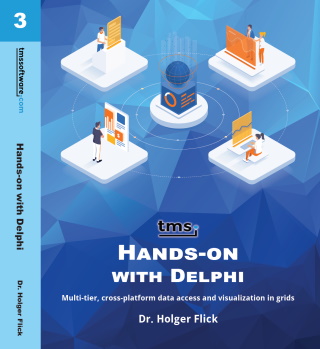 Our colleague Dr. Holger Flick presented his third book in the series Hands-On with Delphi. The book focuses on creating modern, multi-tier data driven Delphi applications with VCL, FireMonkey or TMS WEB Core client applications. It is an excellent source of information of how to best use several TMS components & products together with Delphi.

In 2021, we also added official support for targeting the Linux operating system for FireMonkey applications with FMXLinux.
This brings within the Delphi IDE, the number of supported operating systems to 5 (and 6 when counting that FNC can also be used in TMS Miletus apps for Raspberry Pi OS).

Since its inception of our academic program, we have added in 2021 two new products: TMS Aurelius and TMS Analytics. Empowering students and teachers to get the maximum value out of the Delphi Community Edition, we gladly offer a range of fully free and fully functioning products. Also in 2022, we are looking at extending the family of academic licensed products from TMS.

Our flagship ORM for Delphi, TMS Aurelius, also got a major update in 2021. Among major new features are built-in easy data validation via attributes, global filters and multi-tenancy and attribute based event handlers to just decorate your classes with attributes that set event handlers that can be triggered.

2021 saw 5 new TMS Flexcel releases, in editions for VCL & FMX, .NET and a DLL based version. Among new features were support for Office 2021, radar charts, use SVG images, Window management via API, use of shape effects,... and much much more.

A maybe underrated new feature we brought in 2021 was printing support in FNC. While having printing support might not be an eye-catching feature, the power of printing support in FNC is that it will just work everywhere with the same code-base. So, you can start sending content to a printer from your Windows, macOS and Linux machine but also so your Android or iOS apps and yes, even from a web client application running in the browser!

TMS Analytics was released with bridge technology to automatically draw the results of various analytics functions such as formula parser, curve fitting in a TMS FNC Chart, i.e. both in VCL Windows and FireMonkey cross-platform applications.

Our static code analysis tool for Delphi also got a major update. This major update of TMS FixInsight includes 5 new code analysis rules. Along with this update, also support for Delphi 11 and code parser compatibility with the latest Delphi language features was enhanced.

TMS XData is the more straightforward way to take your Delphi app to the cloud, allowing you to create secure, robust REST servers along with a huge ecosystem around it. In 2021, we added the XData Query Builder, XData queries in service operations, capability to receive DTO objects in URL query string, nullable type support and several smaller features. It just made the strong REST API server framework even stronger.

Still our most used product, TMS VCL UI Pack features over 600 components to help you build feature-rich VCL Windows applications faster. With almost bi-weekly releases, TMS VCL UI Pack saw also in 2021 a constant stream of new features that were added and code improvements. One of the newer developments that certainly can make a big different in your applications in the TAdvWebBrowser component that is an Edge Chromium engine based browser. It offers a future proof browser engine for your applications, and in different TMS VCL UI Pack updates, we offered increasing levels of fine control over this browser and new features. We also significantly improved SVG rendering and the use of resolution independent SVG images for your high-DPI enabled UIs.

In October, Embarcadero challenged us to create a web front-end and back-end server app in less than 5 working days. We accepted the challenge and in less than 5 working days, we created the RADOween app, a challenge we completed that is a testament to the power & productivity of TMS WEB Core used to create the front-end and TMS XData used to create the back-end.
You can see the webinar discussing the thriller project here.
Without a doubt, I am forgetting several other new product releases with new features added, like new cloud services added in TMS FNC Cloud Pack or new TMS Aurelius dictionary support in TMS Data Modeler and the list goes on...

Over the last month, we have been sitting together and the todolists were filled, the gantt charts created, the goals & milestones listed. 2022 promises to become at least as exciting as 2021 with totally new products coming, new components added to existing products, new features added to existing components, new videos and webinars in the pipeline, new ways to communicate to you,...

Reach out via email or via the blog comments to express your ideas, expectations, suggestions for things to deliver. Your opinion and thoughts are invaluable to steer our developments in the right direction. Let's make 2022 together another exciting year filled with the maximum number of happy days!

1. Thursday, January 13, 2022 at 4:19:26 PM Hello, 2021 really was a great year in the development of Your products. I still have one thing missing that was announced in the roadmap for 2021. Wagner mentioned something about the current state of it in one of his sessions but there was only a preview and not a real product: I really would appreciate to see the new version of a workflow product.
Regards
Harald

2. Thursday, January 13, 2022 at 6:39:07 PM Hi Harald, the "new workflow" is the Octopus BPM, which is currently available in this GitHub repository: https://github.com/wlandgraf/octopus-bpm. The develop branch has the latest improvements.

But indeed, we wanted to create an extensive material about it, documentation, demos, tutorials, webinars, but unfortunately we couldn''t make it in 2021.