It is nice there is also free open-source IDE for Pascal developers, but what is really nice is that this free IDE runs on multiple operating systems. It can be natively run from Windows, macOS and Linux. And yes, Raspbian being in the Linux family, Lazarus also runs on Raspbian on a Raspberry Pi!

So, of course, our team was challenged to research if we could also have TMS WEB Core running on Lazarus and with this, eventually allow Pascal developers to build web client applications from their beloved operating system, whatever that is.

Our team already has extensive experience with building components for Lazarus, as our FNC range of components already all support Lazarus on all target operating systems, Windows, macOS, Linux. But building the kind of IDE integration that something like TMS WEB Core needs is a higher level of complexity.

The good news is that after a lot of investigation and effort, we have a first prototype of TMS WEB Core running in Lazarus (on Windows). This means you can:


So, obviously in the Lazarus, this means we have:

Putting a first Lazarus based TMS WEB Core application together

Having this, writing TMS WEB Core applications from Lazarus is very similar to writing these from the Delphi IDE. Here we have the Lazarus form designer, added a button and a grid to the form: 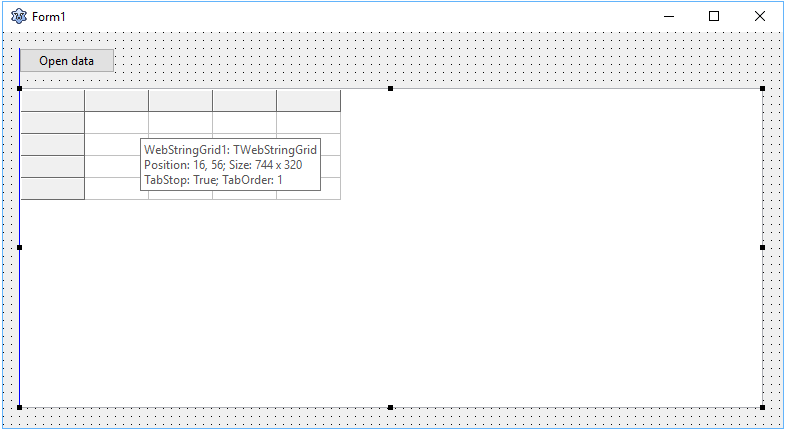 
The result in the browser is:

Of course, we could do something very similar with a Bootstrap style controlled table control. The result looks like: 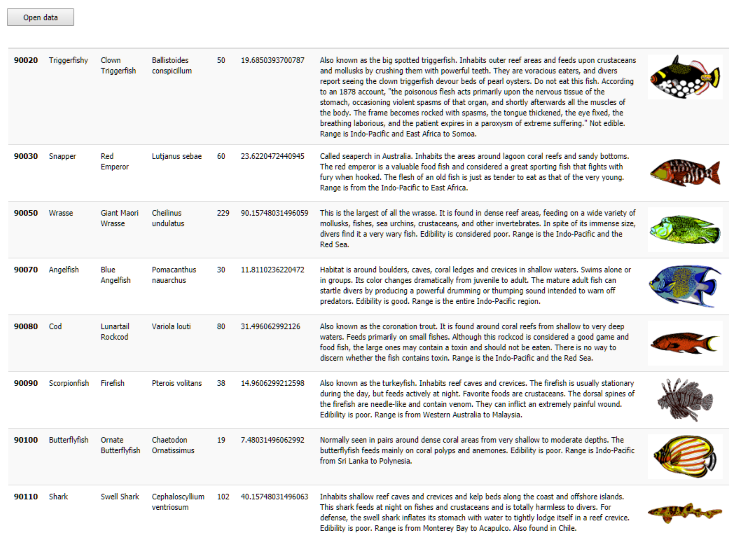 We're happy to have a proof of concept that shows technically it is perfectly possible to create a TMS WEB Core application from the Lazarus IDE (on Windows). It remains a proof of concept and to have a finished product, a lot more work must happen. After all, we spend almost a year on perfecting the Delphi IDE integration, so it's not realistic to expect we can finish this in a couple of weeks. What is on the todo list:


We are really eager to learn how much users are interested in TMS WEB Core for Lazarus as this will determine the priorities of our team in the coming months. Let your voice be heard!

Meanwhile, you can go ahead and explore the new & exciting territories of web client development that become available for Delphi developers with TMS WEB Core! You can download the trial version that is generally available, go ahead with the standalone version you purchased or with TMS WEB Core and additional tools that are all included in TMS ALL-ACCESS. Note also that in October, you can still take advantage of purchasing TMS WEB Core at launch price from 295EUR for a single developer license. From Nov 1, regular pricing will be active on TMS WEB Core (395EUR for a single developer license).

2. Thursday, October 4, 2018 at 3:36:29 PM We did the investigation with the official release Lazarus 1.8.4 and we include for several technical reasons, a specific compiler tooling derived from pas2js v1.0.2.

3. Thursday, October 4, 2018 at 5:00:09 PM Very cool !
Are there any plans to port xdata or a lite version of xdata to Lazarus too ? This would make it a great tool to create web apps and corresponding back end server s on windows, linux, ...

That would be awesome.

5. Friday, October 5, 2018 at 1:18:37 PM Luk, we have the intention to do so, but for now there are a couple of language limitations in FPC/Lazarus that prevents us from supporting it, like extended RTTI, for example. To add Lazarus support to XData would require a significant refactor of part of code, and have a dedicated part of the source code to Lazarus.

One thing I''m still a bit clueless about however is the topic user authentication/authorization. So maybe a blog entry about doing a login and then having the backend only retrieve data that the user has access to would be nice. Of course this probably depends on the login mechanism used of which I can currently think of three variants: "classical" session managed on the server side, OpenID Connect and maybe also direct Active Directory for Intranet based systems.

Also regarding your reply to Luk: seems like I should finally get around to finish implementing extended RTTI and attributes in FPC. ?? Are there other language features you''re currently missing so that users could enjoy XData with FPC/Lazarus as well?

7. Saturday, October 13, 2018 at 3:49:52 PM if you''re steering you frontend to the web, and don''t want to expand one huge amount of bucks to do that, i believe it is the right path, Lazarus and TMS Web will give us the complet tool achive our goals.
Great Job.
Thanks

8. Thursday, October 25, 2018 at 8:38:34 PM Please notify me the second you have a supported port of TMS WebCore to FreePascal. I won''t be a customer until then as unfortunately, I believe Delphi is overpriced to the point of uncompetitive.

Congratulations on the TMS Web Core product for both Delphi and Lazarus / FPC platforms, only with such attitudes we will see all our know-how and Legacy Code in pascal having the respect for programmers of other languages ??when seeing all the potential that Pascal offers.

11. Friday, March 8, 2019 at 11:42:51 AM Hello, what is the current status of TMS Web Core for Lazarus (and possibly CodeTyphon)?
I am excited to learn that there is a possibility to create web applications in Lazarus in a RAD manner.
Lazarus (or even better CodeTyphon) + TMS Web Core might be a killer combination!
Waiting for update info on current status and wish you great commercial success!

14. Wednesday, March 13, 2019 at 5:17:28 PM There is not yet an exact date defined. We have a policy to release when the team is satisfied with the result. We hope this will be in the coming weeks.

16. Thursday, November 26, 2020 at 3:47:52 PM The latest TMS WEB Core trial is integrated in the special version of Lazarus 2.0.10 you can obtain here:
https://www.blaisepascalmagazine.eu/lazarus-2-0-10-webcore-setup-for-windows/
There is no time-limit in this trial, just a functional limit.

17. Thursday, November 26, 2020 at 3:52:51 PM Thanks for the very fast answer.
"There is no time-limit in this trial, just a functional limit." Sorry, where can i learn about these functional limits?
Enio

19. Friday, November 27, 2020 at 3:56:29 PM Hello,
Yesterday,Bruno Fierens sent this link to me
https://www.blaisepascalmagazine.eu/lazarus-2-0-10-webcore-setup-for-windows/
The problem is my windows is 32 bits and it seems that the version inside link is 64. I got an error message when trying do execute it.
Please, give me some help with it
TIA
Enio