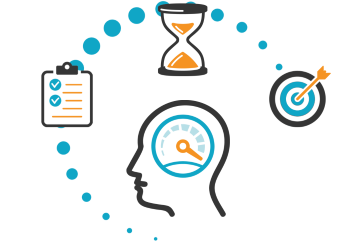 We are happy to inform the first TMS VCL UI Pack update (v11.0.1.0) for 2023 is here for Delphi developers. Already some time in development, it brings an exciting new feature we wanted to cover in more detail in this blog article.
As Delphi developers, we are used to auto completion when typing code and the code completion is offered via a dropdown from where the IDE suggest matching completion text based on the context, i.e. token at cursor:

We offer a similar experience in our syntax highlighting code editor TAdvMemo.
Auto completion for regular text
But also when there is a need to let users enter text other than software code, we can accelerate the typing of this text via a similar process of auto completion. For regular text entry, we have extended the TAdvRichEditor with such unobtrusive code completion. To make the friction during entry as small as possible, the dropdown with suggestions is replaced by a light gray suggestion of what the user could type. When the user agrees, he can press the Tab key and the suggested text is automatically entered.
Seeing it in action will make this clear much faster:

There are various ways to fine-tune how the suggested completion behaves.  First of all, there is the new AutoCompletion property:

From here it can be enabled, the text color for the suggested text can be chosen, the suggestion can be based on case sensitive or non-case sensitive comparison with a series of predefined words or series of words. And finally, it can be defined after what number of entered characters, a suggestion is searched and shown.
Other than this, TAdvRichEditor now also has a new event OnAutoComplete. This event is triggered when AutoCompletion.Enabled = true and a new word of at least AutoCompletion.NumChars characters is entered. The signature of this event is:
It passes the word found at the caret position, all the words on the line where the suggestion is requested for and via the variable parameter ACompletion, the suggested word or words can be returned. This makes it possible to dynamically check the context and do smart suggestions.
Here is an example of such implementation that will suggest the formatted current day when the user types 'tod':

To make more accurate suggestions automatically, a possible strategy could be to use an NLP AI engine and make this feed the most likely suggestion based on the context of the text. It's an area we are researching further. Or maybe you have other useful ideas for making this even better? We are eager to learn how we can further improve our components to provide even more efficient & productive user-interfaces for your end-users. Let us know your thoughts!